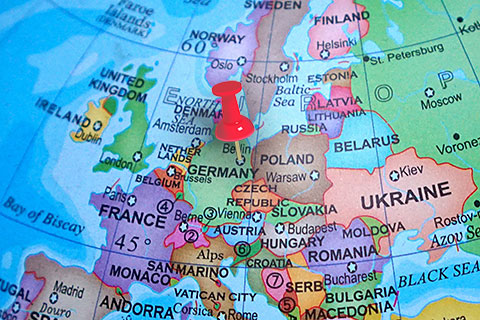 About Berlin
Berlin is the capital of Germany and, with over 3.5 million inhabitants, also the largest city in Germany. Located in northeastern Germany on the banks of the rivers Spree and Havel, it is the center of the Berlin-Brandenburg Metropolitan Region, which has roughly 6 million residents from more than 180 nations. Around one-third of the city's area is composed of forests, parks, gardens, rivers and lakes.

After the World War II, the city was slowly rebuilt but another challenge soon presented itself, a wall dividing the city and its citizens. When the Berlin Wall was erected it effectively split the city in half, dividing families and locking citizens inside the Eastern section. It took 28 years until the Berlin Wall has finally fallen and a new city emerged soon after. Today, the city, while not forgetting its past, has transformed into the capital and cultural center of Germany. It is well known for its world-class museums, art, nightlife and modern architecture.

Unique Neighborhoods
Berlin is one of those cities that relates to just about any interest. Whether heading to Germany's capital to shop, sample traditional German cuisine, or explore alternative street art and wall paintings, Berlin rarely disappoints.

Berlin Mitte is generally considered Berlin's city center mainly due to its name, which translates to "middle" and its geographic location. Mitte is also where Berlin's most recognizable city monuments and memorials are found, making this area an ideal starting point for first-time travelers. Museum Island, Brandenburg Gate, and Alexanderplatz are just three popular Mitte tourist attractions. Serving as the historical center as well, Mitte has an old city charm with a modern feel, as seen through the many coffee shops, restaurants, and art galleries lining the streets. It's a place where old cobblestoned streets and modern high-rise buildings exist in harmony.